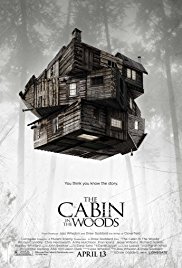 The Ancient Ones are the main antagonists of the 2012 American comedy horror film The Cabin in the Woods.

The Ancient Ones are monstrous gods who once roamed the Earth before going into hibernation in the Earth's core. Now, in order to keep them from awakening and laying waste to human civilization, five humans of various archetypes must be sacrificed annually.

The Ancient Ones appear to be gargantuan humanoids with black skin that is covered in lava-filled cracks.

The Ancient Ones possess the following powers and abilities:

The Ancient Ones are released and presumably go on to destroy human civilization.

Add a photo to this gallery
Retrieved from "https://movie-monster.fandom.com/wiki/Ancient_Ones?oldid=1710"
Community content is available under CC-BY-SA unless otherwise noted.