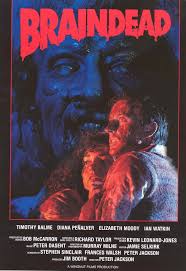 Baby Selwyn is a minor antagonist in the 1992 New Zealand horror-comedy film Braindead.

Baby Selwyn resembles a human infant with grotesque proportions and diseased skin. The right side of his face is covered in tumorous scabs that have rendered the eye on that side closed, and the left eye has a yellow sclera.

Selwyn is last seen at the end of the film, trapped in the burning house. His ultimate fate is unknown.

Add a photo to this gallery
Retrieved from "https://movie-monster.fandom.com/wiki/Baby_Selwyn?oldid=2409"
Community content is available under CC-BY-SA unless otherwise noted.