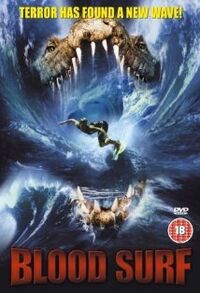 Big Mic is the main antagonist of the 2000 American horror film Blood Surf.

When a pair of entrepreneur decide to chum the local waters and surf with the sharks, they inadvertently attract the attention of an enormous man-eating crocodile.

Big Mic is a large brownish-gray saltwater crocodile stretching a little over 30 feet in length and weighing over a ton. It has large yellow eyes and a large underbite.

Big Mic is killed after it is impaled on a sharp rock. 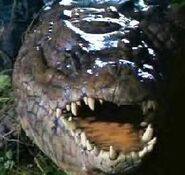 Add a photo to this gallery
Retrieved from "https://movie-monster.fandom.com/wiki/Big_Mic?oldid=2012"
Community content is available under CC-BY-SA unless otherwise noted.