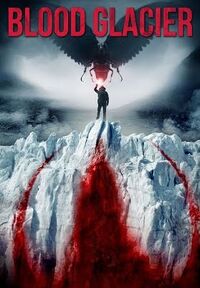 If an organism consumes any of this blood-red bacteria, it will have the bacteria in its DNA. If that organism is then consumed by another, this second organism will then mutate, gaining anatomical aspects of the creature it consumed and becoming hyper-aggressive.

The bacteria are blood-red, single-celled organisms responsible for the red coloration of certain glaciers. The mutants created by the bacteria include a moth-deer hybrid, a wasp-bird hybrid, and a fox-beetle hybrid.

The Blood Glacier Bacteria possess the following powers and abilities:

Although all of the mutant animals are killed, Tanja's (a pregnant woman who had succumbed to the bacteria) mutated baby is discovered and adopted by the surviving members of the group.