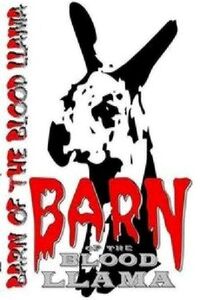 Dr. Albert has been conducting genetic experiments on llama at "The World of Wool", a llama ranch owned by rednecks Jug and Gibby. When a woman visiting the ranch begins menstruating, the mutant, sexually aggressive llamas go on a rampage.

The Blood Llamas possess the following powers and abilities:

The llamas are killed after they are lured into a barn, which is then set on fire.

Add a photo to this gallery
Retrieved from "https://movie-monster.fandom.com/wiki/Blood_Llamas?oldid=2217"
Community content is available under CC-BY-SA unless otherwise noted.