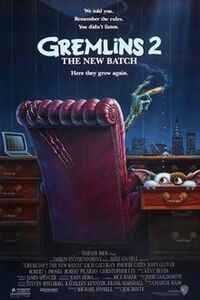 Brain Gremlin is a major antagonist in the 1990 American comedy-horror film Gremlins 2: The New Batch.

After uncovering a science lab at Clamp Enterprises, one of the gremlins drank an intelligence potion, giving it the ability to speak fluent English in a British accent and a (slightly) more civilized demeanor.

Brain Gremlin is killed along with the rest of the gremlins after Billy turns on the sprinkler system and unleashes the unstable Lightning Gremlin, electrocuting them all. 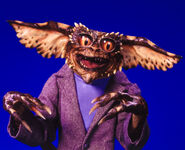