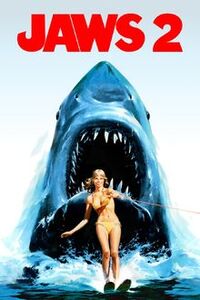 Brucette is the main antagonist of the 1978 American horror film Jaws 2.

Brucette was the unofficial name of a gigantic great white shark that terrorized Amity Island during the Second Amity Incident of 1978. She was the mate of the original Bruce.

Brucette is an abnormally large great white shark measuring between 25 and 30 feet in length. One of her most prominent features is her soulless black eyes. The right side of her face is burnt and scarred during a boating attack and a subsequent explosion.

Brucette is killed when Sheriff Brody electrocutes her to death.

Add a photo to this gallery
Retrieved from "https://movie-monster.fandom.com/wiki/Brucette?oldid=2898"
Community content is available under CC-BY-SA unless otherwise noted.