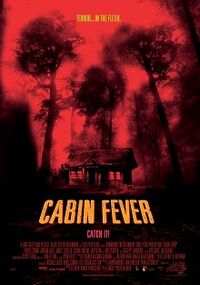 The Cabin Fever Virus is the main antagonist of the 2002 American horror film Cabin Fever.

When a group of college graduates stumbles upon a homeless man with a horrific disease, they inadvertently catch the disease themselves.

The virus is most likely a microscopic bacteriophage virus.

The Cabin Fever Virus possesses the following powers and abilities:

The film ends with the heavy implication that the virus will spread to the outside world through lemonade made using water from the reservoir the homeless man fell into. 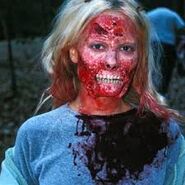 Add a photo to this gallery
Retrieved from "https://movie-monster.fandom.com/wiki/Cabin_Fever_Virus?oldid=2207"
Community content is available under CC-BY-SA unless otherwise noted.