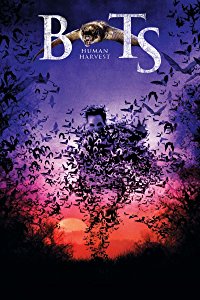 The Chechen Bats are the main antagonists of the 2007 American horror film Bats: Human Harvest.

A rogue American weapons researcher named Dr. Benton Walsh has genetically engineered a breed of giant carnivorous bats, forcing a group of Delta Force soldiers in Chechnya to destroy them.

The Chechen Bats possess the following powers and abilities:

The bats are lured to Walsh's camp and incinerated after several fuel tanks are detonated. One bat is shown to have survived.