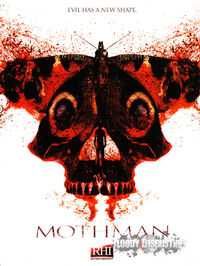 Once a proud Native American chief, Cornstalk was killed by white settlers. In his dying breaths, Chief Cornstalk vowed that evil spirits would kill anyone who set foot on the land surrounding Point Pleasant who had caused the death of another.

Chief Cornstalk is destroyed after he is stabbed with one of his own bones.He is then inhabited his essence into the girl's body,concluding that he still exists forever.

Add a photo to this gallery
Retrieved from "https://movie-monster.fandom.com/wiki/Chief_Cornstalk?oldid=2792"
Community content is available under CC-BY-SA unless otherwise noted.