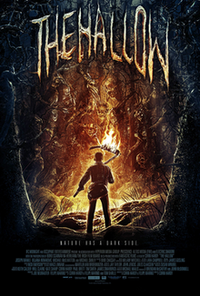 The Dark Faeries, also known as the Hallow and the Changelings, are the main antagonists of the 2015 British-Irish fantasy-horror film The Hallow.

A British family moving to a remote Irish forest village must contend with a group of "fairies, banshees and baby stealers" that live in the woods. In reality, they are humans infected with a strange, possibly supernatural form of fungus.

The Dark Faeries possess the following powers and abilities:

Most of the creatures survive the events of the film, and the movie ends with the implication that the fungus will spread to more civilized areas.

Add a photo to this gallery
Retrieved from "https://movie-monster.fandom.com/wiki/Dark_Faeries?oldid=2289"
Community content is available under CC-BY-SA unless otherwise noted.