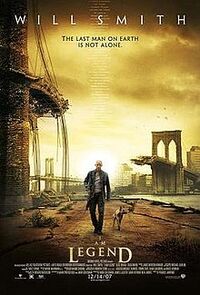 The Darkseekers are the main antagonists of the 2007 American science fiction-horror film I Am Legend.

A genetically engineered measles virus designed to cure cancer inadvertently wipes out most humans on Earth and turns most of the survivors into inhuman creatures that are hurt by sunlight.

The Darkseekers are emaciated humanoids with pale veiny skin, no hair, and sharp teeth.

The Darkseekers possess the following powers and abilities:

Neville manages to blow up the main horde of Darkseekers with a grenade at the cost of his own life.