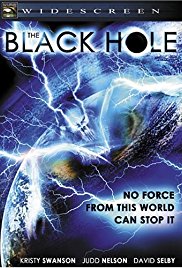 The Energy Skeleton is the main antagonist of the 2006 American horror film The Black Hole.

When a scientific experiment at a St. Louis, Missouri, particle accelerator facility goes awry, a black hole forms, from which a creature made of energy emerges and goes on a killing spree.

The Energy Skeleton resembles a large human skeleton made entirely out of blue plasma or electricity.

The Energy Skeleton possesses the following powers and abilities:

The Energy Skeleton is seemingly destroyed after it is launched back into the black hole from which it came, which also coincidentally closes the black hole.

Add a photo to this gallery
Retrieved from "https://movie-monster.fandom.com/wiki/Energy_Skeleton?oldid=1115"
Community content is available under CC-BY-SA unless otherwise noted.