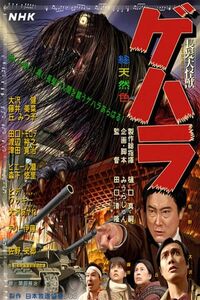 Geharha is the main antagonist of the 2009 Japanese kaiju film Geharha: The Dark and Long Hair Monster.

Geharha was a gigantic creature that emerged from the ocean and went on a rampage in an unnamed Japanese city.

Geharha is seemingly defeated after he is abducted by a UFO. However, when mankind refuses to surrender to the alien invaders, they release Geharha, who continues his attack on the city. 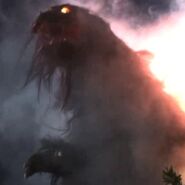