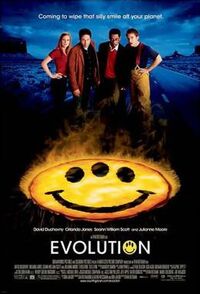 The Genus are the main antagonists of the 2001 American comedy-horror film Evolution.

When a meteorite crash-lands in an Arizona desert, it releases a species of single-celled organism that begins to rapidly replicate out of control and undergo millions of years of evolution within hours.

The Genus come in a variety of forms. These forms includes fungi, flatworms, mosquitos, pterosaur-like dragons, toad-like creatures with toothed tongues, plants, and ultimately primate-like creatures. Their final combined form is an enormous amoeba with a single orifice on its underside.

The Genus possess the following powers and abilities:

After the Genus are napalmed, they combine all of their biomass to form one enormous amoeba-like creature. After discovering that the element selenium is poisonous to them, the protagonists use a firehose to spray Head & Shoulders shampoo (which contains selenium sulfide) into the amoeba's orifice. 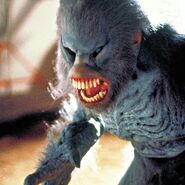