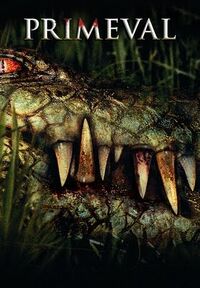 Gustave is the main antagonist of the 2007 American horror film Primeval.

A group of American tourists travels to the African country to Burundi to capture and document a legendary man-eating crocodile named Gustave, but Gustave turns the tables on them by stalking the group.

Gustave is a large dark gray Nile crocodile stretching a little over 20 feet in length and weighing over a ton.

Gustave is seemingly defeated after he is stabbed in the mouth with a machete, but the credits reveal that he is still alive.

Add a photo to this gallery
Retrieved from "https://movie-monster.fandom.com/wiki/Gustave?oldid=1233"
Community content is available under CC-BY-SA unless otherwise noted.