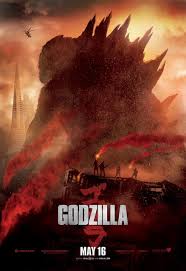 Hokmuto is a major antagonist in the 2014 American monster film Godzilla.

Hokmuto emerged from his cocoon at an abandoned nuclear power plant in Japan, prompting his mate Femuto to trek across American to meet him so they can propagate their species.

Hokmuto is a multi-limbed creature with dark gray, leathery skin. His head is very angular in shape, with a thin red "eye" running down each side of his pointed cranium. His mouth is very beak-like, although it does possess teeth. He has two thick pairs of forelimbs, one of which ends in scythe-like claws and one of which functions as wings, and one pair of digitigrade hindlimbs. He also has a smaller pair of grasping limbs on his chest.

Hokmuto is killed after Godzilla smashes him into a building with his powerful tail, impaling him on rebar.

Add a photo to this gallery
Retrieved from "https://movie-monster.fandom.com/wiki/Hokmuto?oldid=2875"
Community content is available under CC-BY-SA unless otherwise noted.