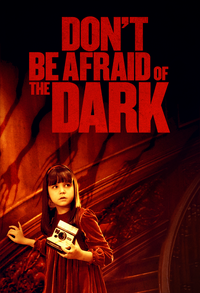 The Homunculi, also known as Tooth Fairies, are the main antagonists of the 2010 American-Mexican-Australian fantasy-horror film Don't Be Afraid of the Dark.

These small humanoid creatures dwell deep in an ash pit in the fireplace of the Blackwood Manor in Providence County, Rhode Island, where they attempt to kidnap the children of the family that moves in.

Homunculi are small gray humanoids with hunched backs and emaciated bodies. The bumps of their spinal columns are visible through their backs, and said backs are covered in sporadic gray fur. They have large cloudy white eyes set deep in their sockets.

The Homunculi possess the following powers and abilities:

The film ends with the entrance to their lair being bolted shut, although most of them survive the events of the film.

Add a photo to this gallery
Retrieved from "https://movie-monster.fandom.com/wiki/Homunculi?oldid=1180"
Community content is available under CC-BY-SA unless otherwise noted.