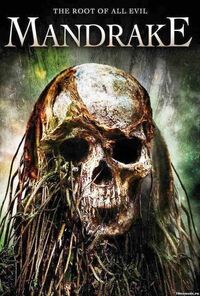 The Mandrake is the main antagonist of the 2010 American horror film Mandrake.

When adventurer Darren McCall and his expedition team steal an ancient dagger from a South American tomb, they accidentally release a botanical monster created to guard it.

The Mandrake is a vaguely humanoid creature composed of tree roots and vines wrapping around each other in a rough humanoid form.

The Mandrake possesses the following powers and abilities:

The Mandrake is killed with the same dagger it was guarding.

Add a photo to this gallery
Retrieved from "https://movie-monster.fandom.com/wiki/Mandrake?oldid=1169"
Community content is available under CC-BY-SA unless otherwise noted.