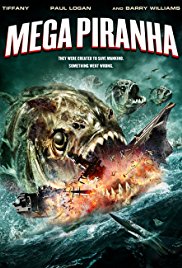 The Mega Piranhas are the main antagonists of the 2010 American horror film Mega Piranha.

Genetically engineered by unknown entities, the Mega Piranhas escape into an isolated tributary of the Orinoco River in Venezuela.

The Mega Piranhas possess the following powers and abilities:

The largest Mega Piranha in the film is killed after a helicopter explodes in its mouth. The rest of the Mega Piranhas swarm around its corpse in a feeding frenzy and end up eating each other. 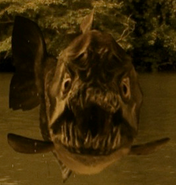 Add a photo to this gallery
Retrieved from "https://movie-monster.fandom.com/wiki/Mega_Piranhas?oldid=967"
Community content is available under CC-BY-SA unless otherwise noted.