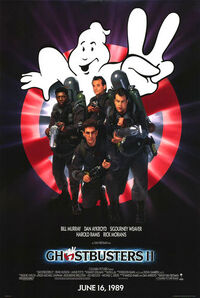 The Mink Coat is a minor antagonist in the 1989 American comedy-horror film Ghostbusters II.

When a wealthy woman steps in a puddle of ectoplasm, the minks making up her fur coat come back to life, snap at her, and flee.

The Mink Coat is a white and brown luxurious fur coat with several angry mink bodies emerging from it, each with a set of sharp teeth, black eyes, and small, clawed forelimbs.

The Mink Coat possesses the following powers and abilities:

The Mink Coat's fate is never revealed, but it can be assumed that it became dormant when Vigo the Carpathian was defeated. 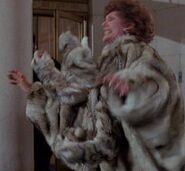 Add a photo to this gallery
Retrieved from "https://movie-monster.fandom.com/wiki/Mink_Coat?oldid=1613"
Community content is available under CC-BY-SA unless otherwise noted.