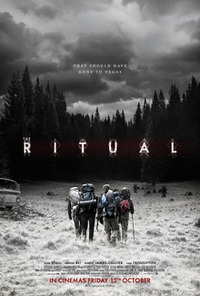 Moder is the main antagonist of the 2017 British horror film The Ritual.

The bastard daughter of the Norse trickster god Loki, Moder is a jötunn who forces a small village in the woods of northern Sweden to worship her in exchange for immortality.

Luke manages to escape beyond the boundaries of the forest, where Moder is trapped, seemingly unable to escape into the outside world. 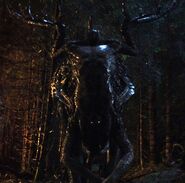 Add a photo to this gallery
Retrieved from "https://movie-monster.fandom.com/wiki/Moder?oldid=3866"
Community content is available under CC-BY-SA unless otherwise noted.