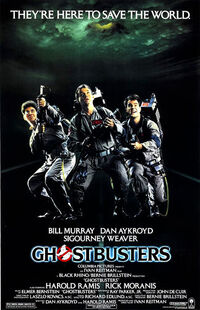 Vinz Clortho, also known as The Keymaster, is a major antagonist in the 1984 American comedy-horror film Ghostbusters.

Along with his partner Zuul, Vinz Clortho is a terror dog who is one of Gozer's most prominent followers and one of the heralds of his arrival.

After Gozer's defeat, Vinz Clortho is transformed into a stone statue, allowing Louis Tully to escape.

Add a photo to this gallery
Retrieved from "https://movie-monster.fandom.com/wiki/Vinz_Clortho?oldid=1606"
Community content is available under CC-BY-SA unless otherwise noted.