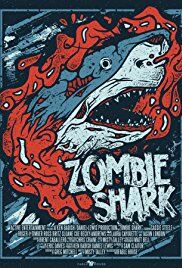 After biologist Dr. Palmer synthesizes a zombification virus, a great white shark is infected and goes on a rampage, infecting both sharks and humans.

The Zombie Sharks is nearly identical to a typical great white shark.

The Zombie Sharks possesses the following powers and abilities:

The final zombie shark is killed by Amber after she destroys its brain with a harpoon. 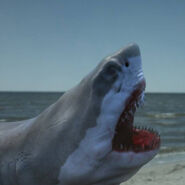 Add a photo to this gallery
Retrieved from "https://movie-monster.fandom.com/wiki/Zombie_Sharks?oldid=2512"
Community content is available under CC-BY-SA unless otherwise noted.